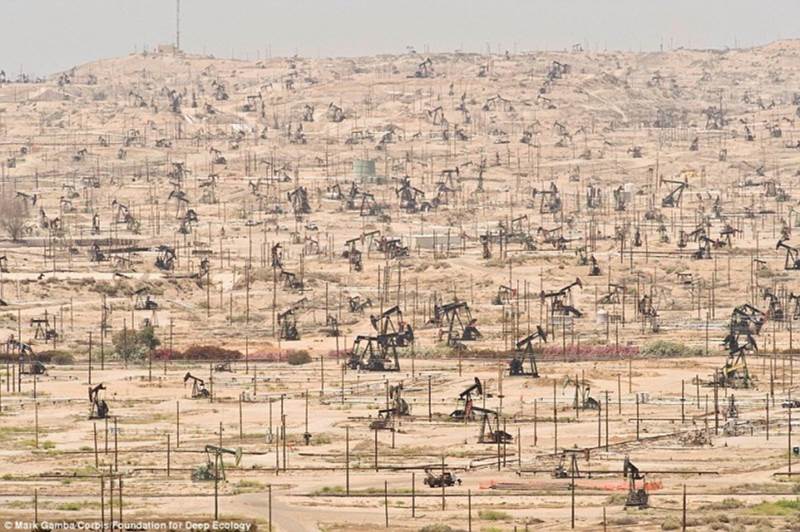 This is an awakening to human exploitation in a California oil field.

Having read the “awareness” material on Energy Management, you may find yourself in total agreement with the essence of the problems being faced around the globe on this subject or more likely you may have differing views on this subject.   A common divide is around the carbon-capture story often associated with the claims/evidence supporting global warming, pollution and the depletion of our non-renewable resources.   One recent announcement (from the International Energy Agency – IEA) suggests that the surge of investment in wind and solar energy generation has created a world with more renewable energy generation than coal-fuelled power.   We would appear to be at a tipping point!   This tipping point has been reached primarily from a world desperately working out how to meet its collective commitment to climate change targets (Paris 2015) .  You may think this is a good thing or a bad thing or be totally neutral to this struggle and open to seeing how “things pan out’.  Others may have a more bullish outlook on the world’s continued appetite for fossil fuels.  The IEA describes the current situation as a two-speed world economy for renewable energy.  The wealthy first world (US, Europe and Japan) discriminating actively for renewable over fossil fuel generation.  The emerging economies (say like Australia) balancing investment intentions poised far more evenly (across renewables and non-renewables).  The reality seems to be that the use of renewables (especially solar and wind) is destined to grow worldwide, but so too is the demand for traditional fossil fuels (like coal).  The way is also open for a variety of carbon capture (for coal) and storage technologies (like CCS) to mitigate carbon emissions from coal-fired power stations.    It has become a complex problem worthy of yourself gaining a better understanding so that you too can make informed decision when it comes to your Energy Management – how you spend your money on energy (electricity, car fuel) the emissions you produce, etc.   Decisions you make yourself which as a society goes to shapeg the future direction the world takes.

In this “awakening” step on Energy Management you are encouraged to assess whether your initial position has shifted after having a better informed position on this social problem or are you now even more convinced that your mindset of this subject is very much in-line with how you originally felt. Clearly there is partisan politics at play out there but what about yourself and where you yourself now stand on this social problem.

In each “Awakening” step we would ordinarily attempt to awaken you to all the ways and means you too can participate in the Energy Management shift towards greater empowerment of ordinary people like yourself in making a difference.   One thing you can be sure of is that “change” is afoot.   Some broad ideas were floated in the earlier “Awareness” step regarding opportunities like how to reduce your electricity bills, encourage greater use of renewable energy sources such as solar energy panels and more simplistic actions such as turning off lights in rooms when they aren’t being used.

Having read the “awareness” material on Energy Management as a big problem facing Australian society today, you now realise the growing empowerment available to electricity consumers through not only where they direct their money spent on electrical energy but also where they direct their vote (be it Federal. State or Local Council) for those who manage our energy supplies and policies.

Knowing what the source or makeup of your electricity is, becomes a prime responsibilities available to ordinary people for impacting upon:-

The other key aspect of your empowerment is through your vote for your government and council representatives who manage our energy supply, policies and strategy:-

Many times you will discover “You cannot have it all!”, even though each component in itself is a reasonable aspiration.   The same applies with “Energy Management – Awakening”.  As it turns out energy is essential for mankind to supplement our own limitations and in this regard we are most different to all other species.   But our thirst for more and more energy to supplement our standard of living, can come at a price, especially when we begin to exhaust a limited natural supply (like oil), or pollute the environment (with excessive carbon emissions from the likes of coal).   So that when we make consumer choices regarding Energy Management we can be faced with one choice where the cost is low if we are prepared to emit large amounts of carbon into the air (as with coal & woods fires).  Or the costs are higher if we use renewables (like wind) that does not pollute the atmosphere but may cause noise disturbances to residents nearby wind turbines and has the potential to be intermittent, when the wind stops.   Each decision is made in the “now’ situation and in being the best you can be right now.   But the knowledge drawn upon now does tend to change overtime, so that the parameters may all change, hence the need to remain abreast of the latest in Energy Management.

As this is a rapidly changing marketplace, we await the volunteering of a Subject Matter Expert (SME) in Energy Management who could shares some of the views expressed here with greater authority.  Someone,possibly like yourself,  who also feels that there are many varied ways to not only benefit from this shift in the near term but also through such actions make a contribution to reversing the  world’s dependency on non-renewables (coal. oil and gas) and thereby reducing their impact on our environment.   If you are such a person, willing to volunteer your services as an SME on this subject, we would love to hear from you.

Until such time as a SME is found, there are some simple ideas shared below on how you might become an active supporter and facilitator of change in our current Energy Management through your own actions and becoming an active member of society in driving a more effective national policy in the area of Energy Management.   As yet there is no Accountability step on how this big hard self-inflicted social problem is progressing by way of change.