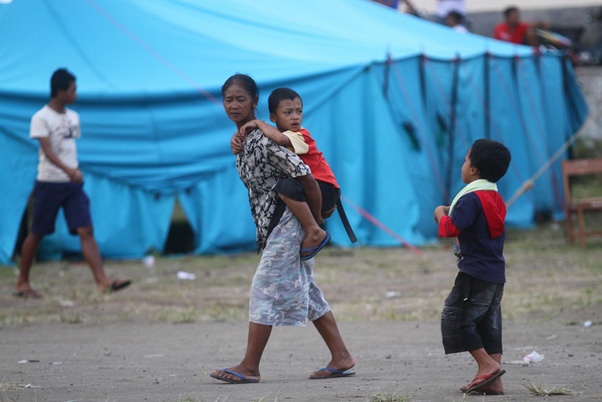 Australians have rightly felt appalled at the dangers refugees experience on their precarious flight from conflict and persecution.   Although Australia is a very isolated country, our recent experiences with “boat people” have made it clear that we cannot insulate ourselves all together.   Every child we detain serves to remind us that we can either be part of the problem or part of the solution.  Australians have risen to the refugee challenge before by embracing migrants from all over the world; after World War II refugees from all over Europe (40 million in all) and in more recent times our refugee intake from Asia (Vietnam, Indonesia, etc.).  This generosity of heart has shaped our nation in the past and is likely to continue to do so again. Our Australian multi-cultural society is the envy of the world as is our success in integrating our refugees, their culture and skills into our social fabric.

The purpose of this opening awareness read is to provide ordinary Australians with an informed understand of our challenging refugee issue, from a balanced and neutral perspective.  You will realise that our worldwide refugee crisis is not the fault of the refugees themselves but a by-product of circumstances outside their control.  The altruistic principle, “treat others as you would have others treat you” in a similar situation, is the prime motivation behind this awareness material. A just and healthy multi-cultural society is one in which all people are able to live decently, and where all contribute to the needs of the weakest.

According to UNHCR Report,  in 2014 over 60 million people have been displaced from their homes because of persecution, conflict or violence:-

During 2015, this situation worsened dramatically, especially across Europe in both Syria and Iraq.  When people are forced to flee their own country, it’s the neighbouring countries that are most affected.  Syria was ranked once as the 2nd largest refugee-hosting country in the world.  But in recent times Syria has become the world’s largest refugee producing country, with around 4 million of their people in flight; mostly into countries like Turkey (1.6 mill.), Pakistan (1.5 mill.), Lebanon (1.15 mill.), Iran (1 mill.), Jordan (654,000), Egypt, Ethiopia. etc.   Such developing countries host 85% of the world’s refugees, yet each has a GDP per capita below $US 5,000.  However, in 2016 Germany allowed over 1 million refugees to enter.  It is not the wealthy developed countries like America, UK, Australia, Arabia, and Japan who are bearing the cost of caring for our refugees but the poorer developing countries.   Each day conflict in Syria and Iraq causes more and more ordinary people and families like you and I to flee their homes in search of safety and protection for themselves and their families.   The crisis in this region is worsening and there are no visible signs of this abating. The expectation is that this refugee out-flow is going to worsen until a viable cease fire at least is put in place.  As one Syrian refugee put it “There are more than 12 countries fighting over our bones.”

Australia has a current refugee and humanitarian intake program of 13,750, which the Federal Government has just increased recently by 12,000, specifically for the Syrian and Iraq refugees trapped in these developing countries; many in detention centres.  To this end the government has pledged $44 million for the provision of humanitarian assistance.  While details of the Australian on-shore processing approach remains sketchy, it is likely that refugees from Syria and Iraq will be flown-in from detention camps in Jordan, Lebanon and Turkey after having been processed and assessed as legitimate refugees. Once registered with the UNHCR, the refugees are better able to be assessed further in determining who are the most vulnerable, at risk, in the greatest need of resettlement and the more likely to integrate well into Australian communities.

Airlines insist upon this approach because if a receiving country like Australia determines upon their arrival that a claimed refugee is in fact an economic opportunists (ie. not a genuine refugee), the airline can be required to return that person to the country from which they departed at their cost. About 90% of Australian boat arrivals who have been processed locally were found to be genuine refugees, in need of our protection and support.   As a global citizen, Australia has an obligation to protect people who are found to be legitimate refugees.  Many refuges arriving legally are held in detention centres (both locally and overseas on Nauru and Papua New Guinea – Manus Island), while they undergo more detailed processing, identity, security and health checks and where special attention can be given to children. It is especially important to ensure children have a healthy family life with the support and nurture of their parents.    Dr. Patrick McGorry (2010 Australian of the Year) made it clear that long term detention produces mental illness and a range of mental disorders.  This is why it is essential that refugees be effectively integrated into our communities as quickly as possible (especially where children are involved) to ensure we are not adding to the problems our refugees already face.

In summary, Australians need to be aware that it is essential to the success of our refugee in-take that they be welcomed, supported and cared for within our respective communities as soon as possible after their arrival.   Arrivals were scheduled to commence early in 2016, allowing a limited time for our respective communities to prepare themselves appropriately for this humanitarian role.   The ideal solution should be shaped by what you would want others to do for you if you were in a similar predicament as our refugees.  It is highly likely that our committed 12,000 Syrian in-take may be only the tip of the iceberg. As our Immigration Minister Peter Dutton has indicated, our success will be determined by how well we are able to effectively integrate our in-take into our respective communities and any increase in in-take will relate to ability to continue this success.   Hence it is clear that our in-take numbers are destined to increase, especially if our efforts are effective in integrating these refugees into our local communities.

The cost to government of our 12,000  Syrian in-take is estimated to be $A700million over the 4 years period of adjustment; with NSW and Victoria potentially each taking on 35% (4,000) of refugees.   Our NSW Government and local Northern Beaches elected members have indicated that NSW could well take on the lion’s share of 7,000 refugees. It appears the charities across Sydney Northern Beaches have indicated they could potential take-on around 400 refugees, mostly Christians.  Currently NSW has the lowest unemployment rate; a rate which is continuing to fall. As at January 2017 Sydney Northern Beaches has helfped 365 refugees come to Australia of which 230 came from Syria.  It is known that many Syrian refugees in off-shore detention centres are skilled workers, keen to seek a new life in a country where their skills are needed.   Northern Beaches having one of the lowest unemployment in the state with an extremely generous population is seen as an ideal candidate area for such a significant refugee intake?  This in-take is expected to be complete in 6 months, ie. by mid-2017.  Many refugee families have sponsored a number of other families with their visa application and airfare costs.   When the refugees first arrive they are expected to receive “cultural orientation”, housing, health care, English classes and other services.   This would include being given a visa (200 or 202) and assigned a GP, Medicare Card, training geared towards obtaining a job, etc.   They would be given a “starter pack” containing household goods such as appliances, cooking utensils, food and supermarket vouchers.   They might also receive certain Centrelink benefits, especially while they await to find a paying job.

Refugees on 202 Visas would be expected to be supported by their respective sponsor(s) upon arrival together with IOM support as occurs today at the Northern Beaches Refugee Sanctuary.  The bulk of the remaining refugees on 200 Visa would be supported in Australia by communities with similar ethnic backgrounds preferably or other ordinary Australians offering to volunteer their support by way of accommodation, employment, etc.  Being able to speak English effectively asap is a key success criteria.  Its often the children that learn English the quickest because of their adaptive nature.

While its still early days, the refugees so far based in the Northern Beaches find everyone so friendly, and they l

Please consider moving on to consider participation as a volunteer in your local community’s Refugee integration program.   By signing-up now as a volunteer and registering your potential contribution, this will assist with better pro-active planning for any assigned intake.  The specifics of the program which will be better articulated once everyone understands the full expectations our our respective governments and the role our communities are likely to play in this process.  If you are already committed to pro-actively supporting our allocation of refugees in our Broken Bay area, simply click on following form to supply your details and where you feel you might best be able to volunteer your services or in making donations.

I wish to signup as a Volunteer for Broken Bay Refugees

Simply “click” on the “Refugee – Awakening” button to take your next step of “Awakening” along your self-transformation journey. Better still, if you are an expert (SME) in this field you may be interested in volunteering to maintain the content of this website (YSH) or even owning the above layman and non-professional version of this Refugee “Awareness” material and all that follows (Awakening, Activation & Accountability).